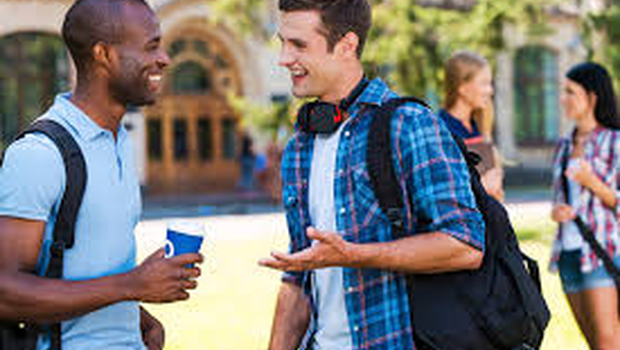 This is the second of our First Man Standing bible studies. In this series we explore from the Bible themes of masculinity, relationships; including those with friends, our partner and children, and how we can change our society to challenge violence against women.

This bible study looks at Men and Relationships, with a focus on friendships with other men. We aim to pick up themes of communications, faithfulness and accountability. When I look back on my life, I have often focused on tasks and goals more than relationships. Many men would say they have few or no close friends. Over the past few years I have had the opportunity to invest more time in friendships, and to learn how important they are.

Purpose of the study

To understand the importance of friendships and the role they play in our lives both practically and spiritually. To encourage men to invest more in relationships that provide mutual support, encouragement and accountability

The aim of this icebreaker is to help members of the group get to know each other a bit better:

List 3 things you have in common that you think are not shared by everyone in the room.

Share these with the rest of the group. Every “pointless” answer (ie not shared by anyone else in the group) scores one point.

If scores are tied, then do a run off between the winning groups, with one answer at a time, until the winner emerges.

We will explore in this study:

the value of male groups and friendships

what the Bible says about the nature of close friendships

the power of accountability

We examine the issue of mentoring in a separate study, which will also look at parenting.

1. The value of male friendship groups

Men thrive in groups and teams. Jesus’ strategy was to form a group of men who would live and learn together. King David had his mighty men who inspired each other by their heroic deeds. There is a pattern here of being part of a wider group as well as having close friends.

“During harvest time, three of the thirty chief warriors came down to David at the cave of Adullam,while a band of Philistines was encamped in the Valley of Rephaim.At that time David was in the stronghold,and the Philistine garrison was at Bethlehem.David longed for water and said, “Oh, that someone would get me a drink of water from the well near the gate of Bethlehem!”So the three mighty warriors broke through the Philistine lines, drew water from the well near the gate of Bethlehem and carried it back to David. But he refused to drink it; instead, he pouredit out before theLord.“Far be it from me,Lord, to do this!” he said. “Is it not the bloodof men who went at the risk of their lives?” And David would not drink it. Such were the exploits of the three mighty warriors. Abishaithe brother of Joab son of Zeruiah was chief of the Three. He raised his spear against three hundred men, whom he killed, and so he became as famous as the Three.Was he not held in greater honor than the Three? He became their commander, even though he was not included among them.

David appointed the 30 mighty men (of whom there were 37!) and within them the three as his companions. Mighty men of valour, they all had stories to tell. This was a competitive group and they spurred each other on. They also come across as hugely supportive of each other in a common cause.

Jesus chose 12 disciples from his wider group to be close to Him. Within the 12, Jesus then had the three (Peter, James and John) and within them John was arguably his closest friend.

You may or may not be part of a male group – whether a football team or other sports team, a choir or orchestra, or a men’s group at church. Groups create culture and can achieve amazing things. What groups are you part of? What could your group achieve?

2. Friendships between men of God: David and Jonathan

David and Jonathan had a unique friendship that ranked above their loyalty to their families. It is interesting how much the text stresses the formal nature of their agreements and covenants.

Jonathan said to David, “Whatever you want me to do, I’ll do for you.”(4)So Jonathan made a covenant with the house of David, saying, “May the Lord call David’s enemies to account.” And Jonathan had David reaffirm his oath out of love for him, because he loved him as he loved himself. (16-17) Then they kissed each other and wept together—but David wept the most. Jonathan said to David, “Go in peace,for we have sworn friendshipwith each other in the name of theLord,saying, ‘TheLordis witnessbetween you and me, and between your descendants and my descendants forever.’” Then David left, and Jonathan went back to the town. (41-43)

Friendships are built on common interest and depend on loyalty and commitment.A real friend is one who knows you and accepts you anyway.Friends enjoy being together but are also willing to challenge each other. Long-term friendships require faithfulness and vulnerability. The willingness to be vulnerable with another person (who is safe to be vulnerable with and won’t judge you but encourage you to be all that you can be) is precious. It’s an essential part of being authentic and more fully known.

It is in that context that we as men can find accountability. In the past I have known times at which I have had no close friends. In the last few years, I have consciously invested time in developing friendship with male friends. I thank God for friends to whom I can be completely honest and with whom I can share the highs and lows of life.

It sometimes seems that women make and keep deeper friendships than men. But this need not be the case. It is down to choice and decisions we make about priorities and how we use our time.

3. Some thoughts from Proverbs on friendship

A friend loves at all times, and a brother is born for a time of adversity. (17:17)One who has unreliable friends soon comes to ruin, but there is a friend who sticks closer than a brother. (18:24) Wounds from a friend can be trusted, but an enemy multiplies kisses. (27:6) Do not forsake your friend or a friend of your family, and do not go to your relative’s house when disasterstrikes you — better a neighbour nearby than a relative far away. (27:10)

These verses also cause on us to reflect on Jesus as our friend. He, above all, is the friend who sticks closer than a brother. We sometimes find it hard to think of friendship with the Son of God, but he encouraged us to do so.

I no longer call you servants, because a servant does not know his master’s business. Instead, I have called you friends, for everything that I learned from my Father I have made known to you. (John 15:15)

Jesus fully fulfils the definition of a friend as one who knows all about us but accepts and loves us anyway.