10 Traits that Characterise the Abusive Mentality 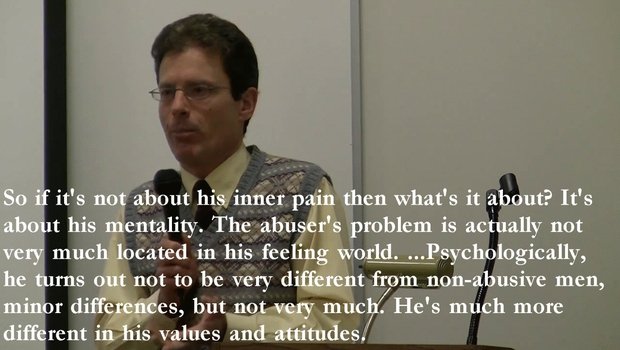 An article in a local paper, The Richmond and Twickenham Times, written by Grainne Cuffe, highlights a case of domestic abuse where a geologist at a Croydon company had been convicted after assaulting his ex-partner. ‘He had originally denied the assault but when presented with video evidence changed his plea to guilty.’

Denial, by the perpetrator, in the case of domestic abuse, is not uncommon. This happens for many reasons, not the least of these is that it is quite unlikely that an abuser will admit to their actions and accept responsibility. It’s preferable to convince family and friends that it is your partner who is crazy, unstable, exaggerating the situation or provoked a ‘heated response’. Unless there is video evidence to the contrary, he may assume the event will become a ‘he said, she said’ situation, leaving lots of room for interpretation by bystanders.

In addition, abusers don’t think their behaviour is actually abusive. Lundy Bancroft, a specialist in domestic abuse, has identified 10 traits that characterize the abusive mentality from his decades of working with abusive men. (Of course, women can be abusive also but Bancroft’s work has been with abusive men.) These traits are outlined in his book Why Does He Do That? Inside the Minds of Angry and Controlling Men (2002) and are listed below:

An abuser will attempt to get everyone - friends, family, therapists, focused on how he feels (sad, stressed, suicidal etc) to foster a sympathetic reaction and to distract you from what he is actually doing to his partner.

This is where friends, family and the church community need to take a stand for the victim. Remaining neutral and maintaining the status quo is no longer an option.

So what can you do? Well start by educating yourself. Find out more here about what abuse is and what it looks like.

As always, you can give regularly to Restored to enable us to continue to work with survivors, train churches, and produce free resources.