Are there Harvey Weinsteins in the church? 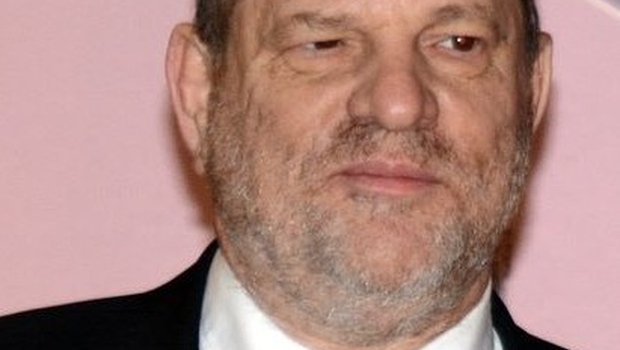 The Harvey Weinstein story exemplifies many of the issues that we set up First Man Standing to address. There is a sickeningly familiar pattern in many of the revelations of abuse by a man in a powerful position against women who perceive that his decisions will affect their career and future job prospects. The allegations seem as prevalent in Westminster as in Hollywood. They are mirrored in the stories of bosses in many other sectors, and teachers at schools and universities who in a similar way have demanded sexual favours. The abuse is facilitated by many others who collude with the perpetrators. As for the victims, their willingness to speak out at the time is constrained by a mixture of shame, isolation, threats and a belief that they would not be believed or taken seriously.

The hashtag #MeToo has allowed thousands of women to speak out about their own experiences of abuse. This builds on the Everyday Sexism website which for several years has been capturing these stories. It is important for us as men to listen to these voices and reflect on their implications for our attitudes and behaviour.

For this blog I want to focus on two specific issues:

To what extent is such abuse also going on in churches?

How can we identify and stop abuse that is happening now in the institutions and communities where we live?

As the #MeToo stories have circulated we are starting to hear some stories from Christian women speaking out about their own experiences within the church.

Prominent church leaders in the USA, Kay Warren and Beth Moore, have spoken out about the abuse they experienced as children, while in the same article, Halee Scott tells of being raped by the youth pastor in her church when in her 20s. Most significant of all, however, have been the stories from Australia shared on the Eternity News website. These are stories of ordinary women in mainstream churches and include:

Can we say, as many people do, “it doesn’t happen in my church?” These stories raise huge concerns about the reality of abuse within our churches. Restored is currently working with the Universities of Coventry and Leicester to assess the level of abuse within churches in Cumbria. The pilot for this study was held in my own church in Streatham. We had 61 responses to the survey. 70% of people felt that domestic abuse is a problem in the church and 67% felt we should be doing more to address it. More than half of respondents were aware of one or more victims in the church.

The impact of domestic abuse is profound in terms of fear and reduced self-esteem. 30% of this sub-sample reported that their faith had been affected by abuse. On a more positive note, about three quarters of people would recommend to a friend seeking support from the church on domestic abuse. Are we equipped to respond appropriately?

These stories and statistics are hard to read, but force us to face up to the reality that violence against women happens “in churches too”.

How can we stop current abuse?

It is a good thing to address abuse that has been hidden for years. It is better to stop it before it occurs and that means asking: “Which are the situations now that in twenty years time people will be saying that we should have spoken out about?”

That calls on each of us to reassess situations that we are aware of in our neighbourhood, church or family and consider whether we need to take action. This may mean raising the question as to whether someone is being abused through to reporting an incident to the police, with many options in between.

It also means changing the culture that makes abuse possible. We may not be abusers, but do we collude with those who are? May men knew about Harvey Weinstein’s abuse and never spoke out. At Restored, we often do a Bible study on 2 Samuel 13: the rape of Tamar by her brother Amnon. It is a sobering story in which a large number of men collude with the crimes committed. As Jim Wallis puts it

“As seems to be the case with Weinstein, men on the sidelines enable sexual harassment and assault, allowing it to happen as a function of their silence and denial, and sometimes through their active participation in facilitating or covering up these crimes. Male silence means sharing responsibility for these crimes against women."

There are also many opportunities to take positive stand. Michael Kaufman, the founder of the White Ribbon campaign, urges men to stand with women and to use the hashtag #CountMeIn to express solidarity on social media. He suggest issuing tweets like:

Gary Barker, the head of Promundo, interviewed Rebecca Ruiz who challenges men to:

He concludes: “We cannot let our silence be deafening as men. We cannot look the other way and pretend that it's those other men. We need to speak out and take action today, first and foremost listening to women who have experienced harassment.”

As a first step for all the men reading this, I encourage you to sign up to First Man Standing to signal your commitment to respecting women and challenging other men about their attitudes and behaviour.