'Is it rape'? Why we're talking about consent. 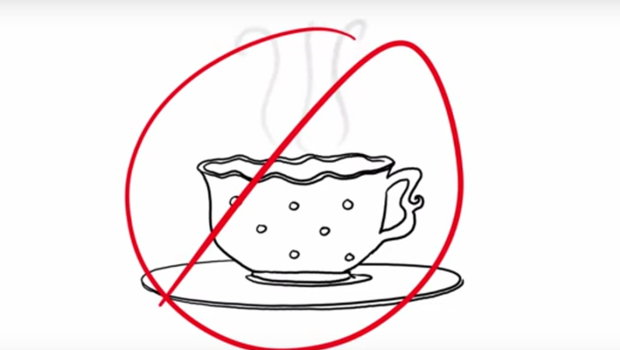 During 2015, there was a lot of talk in the media about consent. A police advert draw together the concept of having consent and making a cup of tea. The BBC too, created a documentary called ‘Is this Rape? Sex on Trial’. The documentary brought a group of young adults together to find out what is their perception of consent. You can watch a panel discussing the documentary here.

The police advert (if you haven’t seen it, watch it here) is humorously done, but does not shy away from the seriousness of what they’re talking about. The advert demonstrates the different situations in which tea shouldn’t be given to (or forced upon) someone. It is an alarming reminder of many people’s sense of entitlement to have sex with someone even when they’re asleep, when they never asked for it or because they had wanted it on another occasion. I encourage everyone to watch it and share it.

In ‘Is this Rape? Sex on Trial’ a group of young people are brought together to watch a drama made especially for the programme which tells the story of a sexual encounter between two teenage characters - Gemma and Tom – after a house party. The participants watch the story unfold and are asked different questions throughout the drama around whether there was sexual consent or not.

As a recent graduate, it’s encouraging to see that this topic is making some headway in mainstream media, and that that it’s provoking some reflection on social media. Although the BBC documentary used a focus group of secondary school students, their thoughts and reactions to the ‘is it rape?’ conjured up familiar discussions I witnessed about the topic during university.

The university scene seems to foster -as well as a wealth and diversity of academic discussion - a ‘lad culture’ where having more is best when it comes to girls, dating and sex. An unfortunate consequence of this, in my experience, is pressure and competition– for both males and females – to get noticed and to be desired by one another. Of course attraction is a natural thing for humans. However, when this translates into a game-playing sequence of who gets how much, it can be damaging.

Every day I would overhear conversations in the library café which would go a little like this: “but mate, did you bang (*or insert other inappropriate noun*) her?”; “I mean she was pretty drunk but hey, she didn’t complain”. This would be followed by a chorus of “whey!” and the high fives would commence.

Reflecting on this I wonder, how have we let this become acceptable in our conversations and culture? Is this the height of worth for men and women? We’ve reached a point of being so desensitised to this that anyone who like me, disagrees with these conversations is seen as prude or man-hating. Our culture needs a shift. The language we speak affects the actions we take, and therefore if we want to understand consent, and tackle the issue of rape, we need explore the steps that lead to someone committing rape.

Do we understand what rape is?

It was shocking to listen to the feedback of the young people in ‘Is this rape?’, and it seemed like they too were shocked at what came out of their discussions. From the girls’ perspective particularly, a lot of them suggested that they had experienced similar behaviour: “we’ve all been in a situation where a guy forces himself on us”. The nodding heads from the rest of the room shocked me. Some of the boys too admitted to similar experiences involving them or a friend – when a girl did not directly say ‘no’, but there was no clear ‘yes’ either.

Responses to whether, initially, they believed this was a rape case were mixed. Both male and female participants shared that since she was being ‘friendly’ and let him share her bed, she led him on. Others used these same points in their argument that although she was friendly and let him share her bed, this was not an invitation and did not mean that she wanted to have sex with him. There were also suggestions that forcing someone to do oral sex is not as bad as forcing someone to do penetrative sex. This demonstrates that for many of the participants, the biggest element to rape is the risk of unwanted pregnancy. Rape is about submitting someone to a sexual activity that they do not want to do, and demonstrating power and control over another person. As well as this I was reminded of a frequent myth about rape through the young peoples’ discussions: whether it’s rape if they have previous relationship history with one another and whether she consented even though she did not actually utter the words ‘no’. All in all, it seemed to be for the participants, a grey and messy area.

Well, the police would disagree with this. For them, consent is simple: it’s a yes or it’s a no. There are not (as Robin Thicke might tell us) any ‘blurred lines’ about it. The advert dispels all of the myths that the participants in the documentary and many others may have, with some humour. Because when would you force tea down someone’s throat when they are unconscious, never asked for it or said ‘no thanks, I’ll pass’?

Watching these two together demonstrates the need for more education on what consent means, and the seriousness of not having it. The documentary displays how rape can happen in any context, and is not something that happens to a particular age, class or ethnicity in our society. When I think back to those comments I heard around my university, I can’t help but think that too many would have been made when I hear them- amongst 'the lads' in a morning- after scenario, which is very similar to the one portrayed in the BBC’s documentary. The character Tom is told that whatever happened between him and Gemma doesn't matter when 'a party's a party'.

It's time to know our worth.

Rape is a tool by which to exercise power and control over another person and often stems from deeply engrained notions of entitlement and pressure to ‘be a lad’ or to be a physically desirable woman. This isn’t fair to men or women and it’s time we started talking about challenging these conceptions.