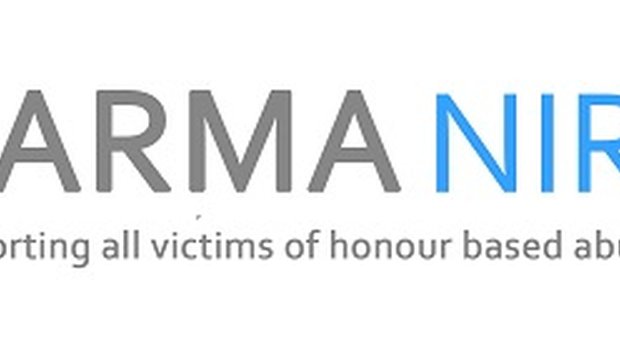 Karma Nirvana is a UK charity that supports victims (women and men) of honour based abuse and forced marriage. They also raise awareness and provide education particularly in secondary schools, colleges and universities. They lobby government and were instrumental in persuading Prime Minister David Cameron to criminalise forced marriage in 2014.

Restored actively pursues inter-faith collaboration on raising awareness and stopping domestic violence in the UK, click here to read about the House of Lords Inter-Faith meeting where leaders of UK's biggest religions signed a declaration - making a commitment to stamp out domestic abuse.

Jasvinder Sanghera CBE is founder and CEO of Karma Nirvana. She is also a survivor, campaigner and author.

Jasvinder was interviewed about her experience.

JS: I was one of seven sisters and had one brother. I was brought up in Derby, UK in a Sikh family. Through parenting, I was conditioned from a young age and understood I was promised into marriage from the age of 8 to a man I had never met.

I watched all my siblings be forced to marry – one by one against their will and be subject to horrific domestic abuse. Every time they sought help, they were pressured to return to their husbands in order to uphold the ‘family honour.’ I was presented with a photograph of the man I was promised to from the age of 8 and I remember thinking – he’s shorter than me, I’m not marrying him! My Mother was very clear – that I didn’t have a choice, this man was going to be my husband and this was ‘what we did’ in our culture and faith.

I was in a secret relationship at the time with a Sikh male, who was of a different caste to me (I was Jatt - a high caste whilst he was Chamar – a lower caste) – he was my best friend’s brother. Due to me protesting against the marriage, I was locked in the house in a room and not allowed to go out. I was chaperoned everywhere. I carefully planned my escape, slowly lowering my suitcases on sheets through the bathroom window to be collected in the night by the man that was to help me escape. At the age of 16, I was left alone in the house and I seized the opportunity, as the door had been left open. I took the opportunity and met my boyfriend at his workplace. I placed my finger on a map and it landed on Newcastle – this is where we ran away to as I felt it was far enough from my family.

35 years later, I remain disowned by my family because of that very decision I made aged 16. I have three children and two grandsons also disowned. I went into hiding for a long time after I ran away, but the death of my sister Robina, was the turning point. Robina was forced to marry aged 15 and suffered horrific domestic violence in her marriage. She tried to leave but was taken to elders who pressured her to return to her husband. Robina saw no way out and at the age of 24, sadly set herself on fire and took her own life. Robina’s death led me to set up Karma Nirvana to honour her memory and help others in similar situations, as this horrific death changed nothing, my family continued to ostracise me.

JS: We were Sikh because my Mother was a devout Sikh woman. I recall her praying day and night when we were younger, taking us to the Gurudwara (Sikh temple) and sprinkling holy water on us – much to our dismay.

At the age of 8, I began to learn what being a ‘Sikh’ meant as there were certain things I couldn’t do i.e. cut my hair, had to be quiet at the Temple and when I was older, marriage came into it and I was told it was written in the Sri Guru Granth Sahib that I had to get married aged 15. I was made to feel like a bad Sikh and recall the local Temple being a ‘gossip shop’ as the women would talk about each other’s daughters. In the Gurudwara, men and women sat separately – I would run over and sit with my Father and get told off for doing so and made to sit back with the women.

JS: I never felt empowered ever. I felt unequal as a woman and prevented from voicing my opinion.I felt Sikhism disempowered me. My interpretation of Sikhism was based on my experiences and I now understand, men and women are equal in Sikhism. I became an Atheist after I left home because of this experience for around 10 years - I didn’t believe there was a God.

JS: I had a friend at the time called Sharon who was a Christian. At that time in 1996, my husband had left me for another woman and I was pregnant with my third child. Sharon gave me a Bible and suggested I read Psalms. I was quite cynical about doing so. Sharon would ask me each time she visited, if she could pray for me and my children. I reluctantly agreed and each time, I would feel better after she had prayed but never told her this. I felt a sense of peace and began reading the Bible. I used Psalms as it spoke about: forgiveness, enemies and read Proverbs. I used to carry verses with me and slowly they became part of my everyday life.

I started the Alpha course with an open mind as it wasn’t being forced upon me – like Sikhism was by my family. I started to understand different concepts by doing the course and was able to question things. At the same time, I was completing my dissertation focusing on women and their role in Sikhism – still searching for answers to my life experiences. I began to discover that women were equal to men in Sikhism and that Sikhism was founded to abolish the caste system. If my family had followed Sikhism properly, my life would have been completely different. I soon learnt that religion can be used to oppress you. If I had known the truth interpretation of Sikhism, I could have challenged my family. I understand now that religion is not a bad thing.

Sikhism is in the past for me. By doing my dissertation, I let go of a lot of anger. I began to understand forgiveness – how you need to be able to forgive others and yourself. I had to do both in order to move forward. I read Psalms and Proverbs and felt most empowered by the New Testament. I joined a Cell group and felt part of a Church family.

JS: My faith definitely helped with the above and it was the turning point for me, as I was able to forgive and let go. I became part of a Christian family and I carry my faith through my campaigning. I recognise that things happen but it’s all about timing and I recognise signs now – in a Christian context.

Before every event, I continue to say a silent prayer and used to pray for my children whilst dropping them to School. They weren’t brought up as Christians, but with an understanding of my faith. Challenges are part of the journey and I was always told in my Cell group, to ‘look for the rope, not the ladder.’ There is good and evil – when you’re closer to God, evil will attack you even more. Others will pull you down but you have to welcome adversity.

I still pray for platforms for us to further our work and I wear my cross with pride. I often get asked – ‘So you’re a Christian?’ and see odd expressions from people. I am a Christian and able to follow my religion every day, but also able to embrace many other faiths and still walk in my faith.

JS: I feel Sikhism is a beautiful religion and it has the ability to make significant changes regarding the disparities between men and women. Sadly I was not taught this as I see now how it was not in the interest of my family dynamic.

In 2012, I went to India and visited the Golden Temple. I met a high Priest there who gave me the English translation of the Sri Guru Granth Sahib (Sikh holy book) and told me to use it for my work. We were stood on the roof overlooking visitors to the Golden Temple – the Priest agreed that half of them visiting probably were hypocrites but how it came down to the interpretation of Sikhism. He urged me to use my knowledge for ‘good’ and told me I was a Sikh warrior – which I was touched by. Despite my awareness being increased, it still wasn’t enough for me to be a Sikh. I think about my Mother and question whether she was a ‘good Sikh woman.’

JS: That hindsight is a wonderful thing. Make it your business to research your religion and understand it for yourself. If you feel your religion is disempowering you or making you silent, question it. Find religious leaders who speak your language i.e. understand and support you.

No religion condones forced marriage or honour based abuse. ‘Thou shalt not kill’ (one of the Ten Commandments in the Bible) is quite clear abuse and violence is against religion. If religion is not practiced properly, then what is the point? Use your faith to empower you.

JS: In 2012, I was awarded the ‘Global Punjabi Award’ by a Sikh organisation. It was wonderful and did lead to more engagement with Sikh leaders to an extent. Only a handful of Sikhs have spoken out in support of our work. Lord Singh spoke out against me in a documentary a few years ago and branded me a ‘liar’ as he stated that forced marriage and honour based abuse wasn’t an issue for the Sikh community here in the UK.

Therefore, it’s two fold – official representatives are in support of our work whilst others are not supportive. We don’t see enough support across all faiths.

JS: We support male and female victims and survivors of forced marriage and honour based abuse. Karma Nirvana supports everyone including atheists. We support those who have fractured relationships with family, those who are accused of having evil spirits etc – similar to the persecution of Jesus. We support those afflicted and in pain.

Our victims and survivors are conditioned to believe abuse is normal or is part of their religion or culture – it is our duty to tell them the truth and empower them.

JS: They can become a friend of Karma Nirvana by subscribing to our newsletter, survivors can join our national membership network. They can also become Community Champions for us in their local area by: organising events for us, displaying our literature i.e. posters and leaflets and sharing our work with others.

For more information about Karma Nirvana, visit their website: www.karmanirvana.org.uk