'Murdered by my Father' 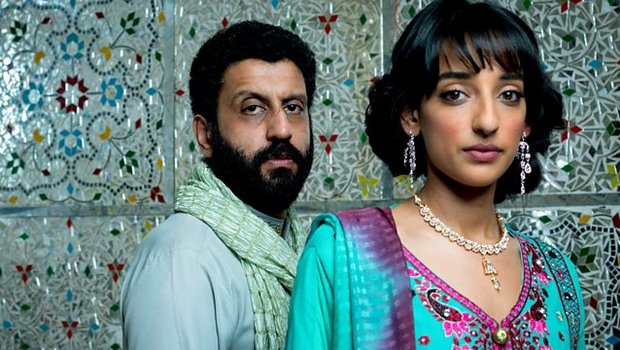 I know this must be hard, this doesn’t feel like you.

The dad I know wants me to be happy and I want you to be happy too. Do you think we could do that for each other?

I love you. And love makes us kind if we let it.”

These are the words spoken over the first scene by main character, Salma, who is a victim of an ‘honour-based’ killing.

I wasn’t quite prepared for how difficult it might be to watch this drama.

The story follows the life of 16 year old Salma who lives in London with her Father, Shahzad and younger brother, Hassan. Like most other teenage girls living in the UK Salma goes to school, she has friends, dreams and ambitions. She also has a love interest – Imi, with whom she is besotted. But this is where her story becomes more complicated, and less familiar to many of us.

Salma is promised to the son of her dad’s business partner. While she barely knows or likes her husband to be, her father’s intention of upholding the family’s good name is the deciding factor. ‘The deal’ between father and daughter that she will finish her education before getting married plays in their minds very differently. For Salma, it is more borrowed time for her to spend with her boyfriend Imi. For her father, it is a promise that he will be seen in their community as a reputable man.

Unfortunately, her decision to remain in a relationship with Imi is discovered, to her father’s disappointment and fury. We witness Shahzad - whose intentions seemed only for his daughter’s happiness- deteriorate into an angry, tormented man, so filled by shame that he sees the only resolution is to kill his daughter.

Although the title of the drama is a giveaway, I still watched hoping that at some point, a paternal instinct would take over, but to no avail.

The abuse he receives and the words thrown at Shahzad about his daughter as “a whore who can’t be trusted” are too much for him. He is trapped and resents his daughter for it.

Sadly, this is not a far-fetched or unrealistic storyline. In fact it is one shared by many girls across the UK and around the world. Vinay Patel has based this story on the 12,000 cases of ‘honour-based’ violence that have been reported in the UK since 2010, including abductions, beatings and an estimated 60 murders, we are informed in the ending titles. Last year, over 9000 calls made to helplines.

It is also the story shared by Jasvinder Sanghera, who established her charity Karma Nirvana, after being exiled from her family for refusing to agree to an arranged marriage. You can listen to her Ted Talk here or visit Karma Nirvana’s website.

The Dwell Project is a member of Restored, and deliver workshops on domestic abuse, including 'honour-based' violence. Visit their website to find out about how you can attend a workshop or receive more information.